Mint: Does the Debt Ceiling Debate Matter to Your Portfolio?

Mint: Does the Debt Ceiling Debate Matter to Your Portfolio? 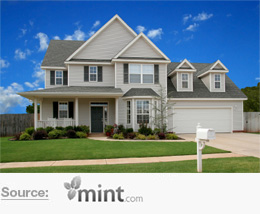 The debate over the debt ceiling is candy for pundits and headline writers. The scary writes itself. Is the United States bankrupt? Will the US default on its debt? Double-dip recession? No Social Security checks for Granny?

I don’t mean to belittle the seriousness of the issue or the semi-serious politicians tasked with coming to an agreement. Something big is keeping Washington DC up at night. Either there will be an agreement by the August 2 deadline or there won’t be, and the stock and bond markets will likely react no matter what happens.

Given this, and given the number of predictions that go along with the debate, I checked how some of my favorite financial financial advisors are responding to the question: If you’re scared about a bad outcome to the debt ceiling crisis, what should you do with your portfolio to protect yourself?

The results were surprisingly unanimous: your investments should reflect what’s going on in your life, not in Congress.

“Making financial decisions based on expected politics almost never works out,” says Robinson. “It creates a false impression that either I or they can predict the future, and I often say: one of the only things more unpredictable than the stock market is the US Congress.”

But what if the news is extra scary? “Ignore the news as a source of financial planning guidance,” says Robinson.

On his CBS Moneywatch blog: “I can tell you what we are doing as advisors. We aren’t making any adjustments to client portfolios in response to the debt ceiling debate…We believe that efforts to try to move in or out of the stock or bond markets in anticipation of what will happen aren’t productive.”

On his blog, Roth addresses the question directly: “What I’m doing with my own investments is absolutely nothing,” he writes. “Investing is a long-term proposition and the more we speculate in the short-term, the lower our returns are likely to be.”

“Reacting to short-term news with your long-term funds is not the smartest move,” says Johnson.

“A small number of my clients have raised concern,” says O’Brien. “Generally, this is in the context of ‘do we make the portfolio changes we were planning to make now, or wait until the debt ceiling has been raised (or Washington lets us fall into a big recession)?’ ”

What should they do? “For those situations, my advice is to wait until we know the outcome. I’d rather be wrong and stay in a more conservative stance and lose out on a few week’s worth of growth than to be wrong, add risk to a portfolio and lose money because we couldn’t wait a few weeks.”

However, O’Brien adds that this doesn’t mean you should adjust your long-term plans because of the long, hot summer of 2011. “If we are planning for a long period of time, we have probably already factored in the uncertainty. This is akin to hearing that we might get rain on vacation – if you’ve planned appropriately, you already have something to do indoors.”

In his July newsletter, Madeyski wrote: “We are rapidly approaching the date when the U.S. Government is going to run out of money again… Prepare for this day by anticipating problems with Federal Government services like airport delays (TSA), passport services and National Parks.”

Sounds serious. But what about my portfolio? “Once you have settled on a target asset allocation you are comfortable with,” he writes, “stick with it unless there is a major life change that necessitates changing the allocation (i.e. approaching retirement, marriage/divorce or substantial inheritance).”

So there you have it. Six professional financial planners, all with the same advice: don’t touch that dial. If your investments made sense for your situation before everyone started freaking out about the debt ceiling, they still make sense.

And that goes for the next big freakout, too.

Previous Post
The Wall Street Journal: Making Sure the Kids Are All Right
Next Post
Money Magazine: Help Desk: How can I make sure my 401(k) investments don’t overlap with those in my wife’s plan?

August 29, 2010
You work hard, earn an income and pay your share of income taxes. What you do with your hard-earned dollar next is your decision. However, the government influences your decision…
Read More

Wall Street Journal: A Couple Is Property Rich. Now What?

November 1, 2015
By Veronica Dagher A financial pro offers advice to a couple with a home and two rental properties Before they met, when Lisa and Mike Pisano were in their early 20s…
Read More

Credit.com Blog: A ‘State of the Union’ for Your Finances?

December 26, 2013
By Christine DiGangi Leaders across the country present annual status reports to their communities as a way to measure progress and identify goals for the future. The president gives the…
Read More